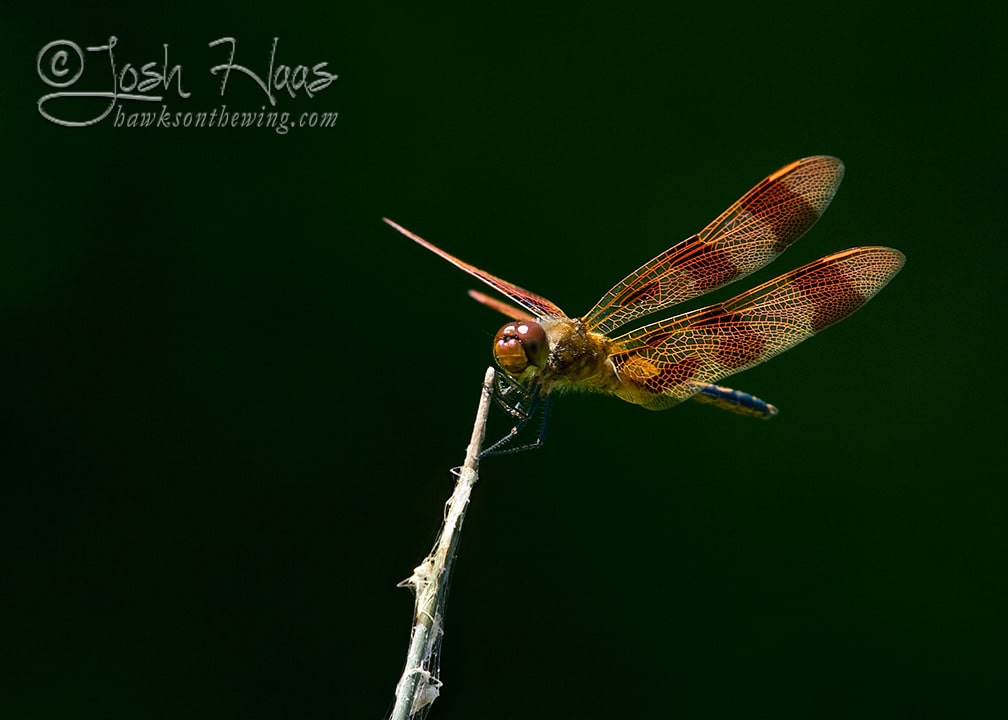 Dragonflies are extraordinary fliers that can reach speeds of even 35mph.  Light-years ahead of human flight, Dragonflies have even been looked at by aerospace engineers for ways to improve flight control in airplanes.  It’s hard to believe Dragonflies begin their lives underwater but their same dominating hunting techniques prevail under the surface before emerging into fast-flying hunters above the water.  A Dragonfly’s flight allows them to be tenacious hunters but also comes in handy for mating.

Seeing Dragonflies mate is a memorable experience.  The first time one sees two Dragonflies latched together flying through the air is definitely course for a double-take.  When a male finds a willing female, he’ll catch her in flight with his legs and curve his abdomen around, hooking it to the back of her head.  The female will then bring her abdomen up and around until both species are hooked and look like a continuous being.  Oddly enough, the pair continues to fly while hooked together and depending on the species, will sometimes stay hooked together for up to an hour.  Judging by history, there’s no question their mating styles are effective as Dragonflies have been around since before the Dinosaurs.  Their aerobatic flights and determined hunting style allow 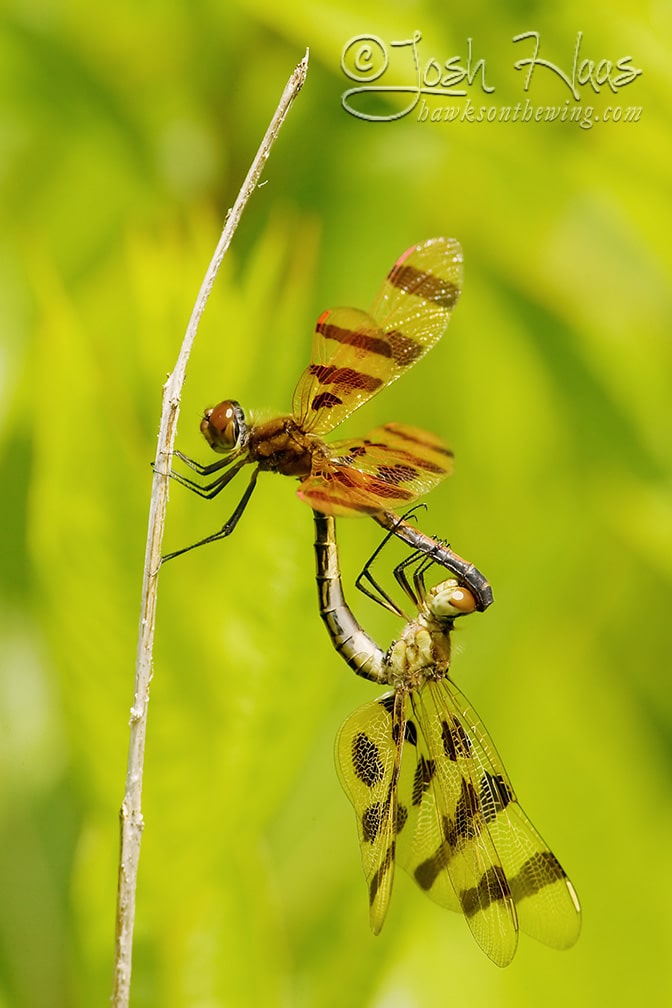 them to be very opportunistic going after a variety of insect species to keep them in the air.  While Mosquitos, Gnats and Flies tend to fill their main diet, some have been known to go after even Butterflies and Bees.  It’s been said that Dragonflies will eat just about anything that is edible.

A Dragonfly’s color and shimmering tones make for exciting events to watch.  One would think these small hunters belong only to the tropics but there are hundreds of Dragonfly species all around the US.  Many books and field guides are on the market but a personal favorite is “Dragonflies through Binoculars” by Sidney W. Dunkle.  I found many other books to be either too elementary or too advanced where the previously described book was more intermediate in nature allowing for ID’ing species, seeing their ranges, and comparing similar species.  Much like Bird-watching, Dragonfly-watching can be fun but also incredibly challenging. The great part is a simple set of binoculars will suffice so there doesn’t need to be a huge investment to go out and find ‘em!