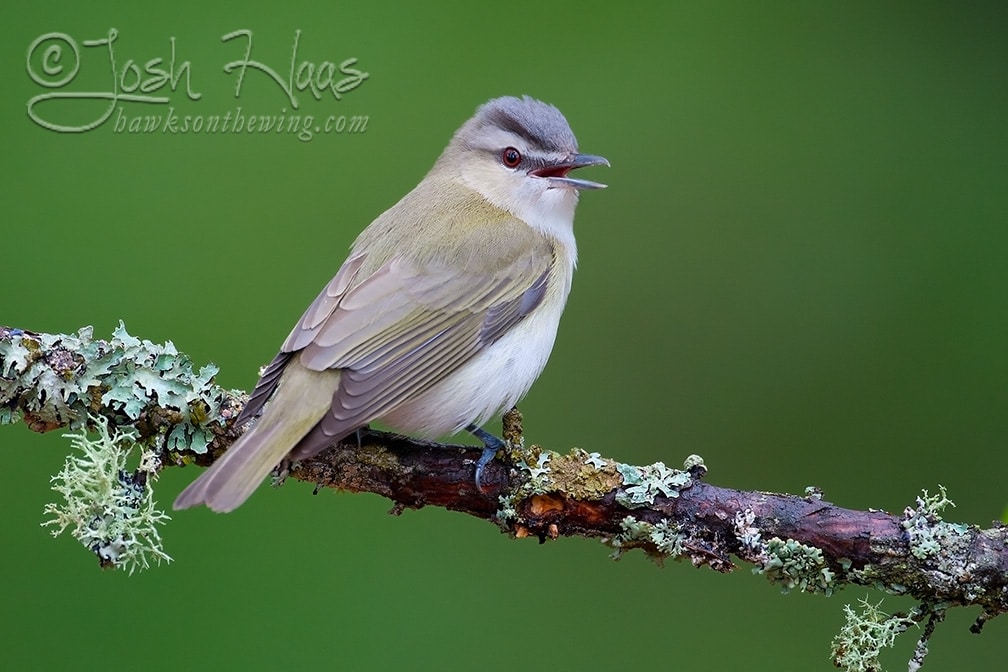 Here I am, see me here, look up here, over here…  Seriously, what’s with all the singing from the Red-eyed Vireo?  Do they have that much trouble finding a mate?  Are they that crazy about protecting their territories?  Anyone who goes in the woods in the Eastern United States from June through even as late as August is pretty much guaranteed to hear this drab Vireo singing his little lungs out.  Some researchers have followed individuals that sing over 20,000 times in a single 10 hour period.

At one time, they were described as the most numerous bird species in the forest.  That doesn’t hold as true anymore with all the habitat loss in their wintering grounds; not to mention the problems with the parasitic Brown-headed Cowbird during their nesting season.  Still extremely numerous, this is one of the greatest bird songs to learn for the simple fact that they sing so often and for what seems like forever.  It’s easy to get the song down and put it in the back of your head as the standard for learning other bird songs. 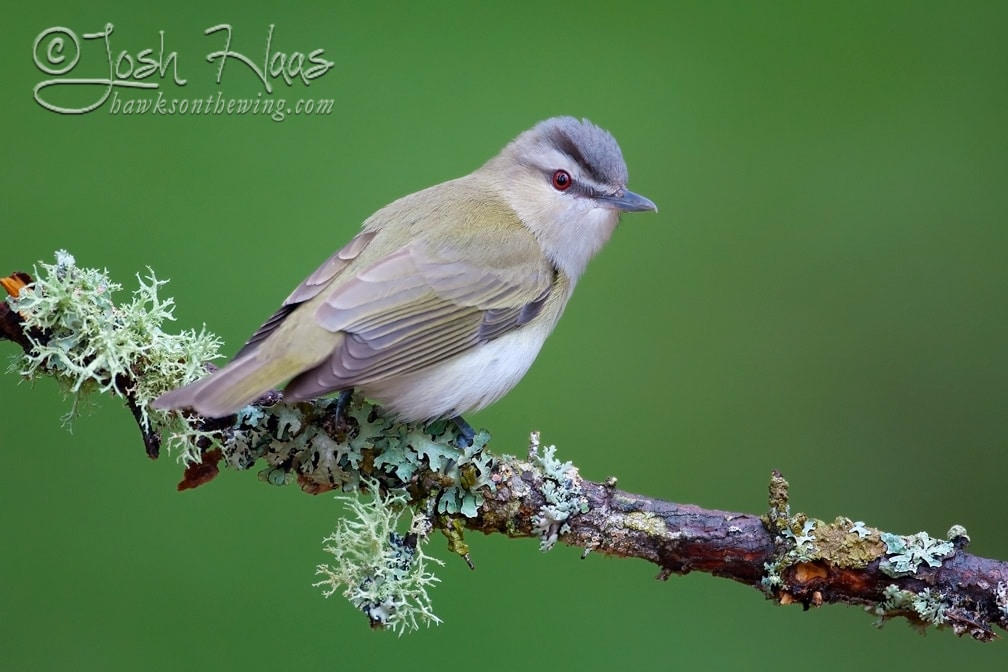 While the Red-eyed Vireo is a drab little bird, he makes up for it in song.  Rarely seen, these vocal Vireos spend most of their time in the forest canopy singing and nabbing insects when they can.  As a person who absolutely loves any kind of natural predation, I was intrigued to learn they will actually kill larger prey by crushing or beating it against branches.  They will even eat the larger prey by holding it with one foot which is very reminiscent of the way Raptors eat.  Maybe Red-eyed Vireos dream of being Cooper’s Hawks in the next life and they’re practicing!

Interestingly enough, when on wintering grounds the Red-eyed Vireo prefers fruit and many take advantage of a mixed diet of fruit and insects.  Mmmmm, fruit/insect shakes anyone?!?!  It’s still a mystery to me why this little guy finds a need to sing so much, but I do enjoy the fact that the song is easy to recognize and is a warm reminder of summer.