Contrast between colors is something every living being on the planet uses to discern different items from each other.  In its simplest form, contrast is the difference between shades and colors.  This is the basic premise behind foliar flags.  The general hypothesis behind foliar flags is the early color contrast between berries and foliage is timely in such a way to attract birds and other animals to feed.

Attracting these animals to feed is good for all involved in it helps the animals to survive but also facilitates the dispersal of seeds as they drop scat (containing the seeds) in other areas.  In early fall, as berries ripen they contrast very heavily with what’s in the background.  This bold color difference acts as a spot light or “flag” to bring birds and animals in to feed.  A perfect example of a foliar flag is the Flowering Dogwood Tree.  In early fall, its ripened berries turn a vibrant red which contrasts with the still green leaves.  Another example would be the Staghorn Sumac that doesn’t necessarily have berries, but an edible fruit that migrants are attracted to.  The foliar flag for this species is its brightly colored red leaves in early fall.  These insanely bright leaves can bring in even the highest flying migrant as well as other species in the area. 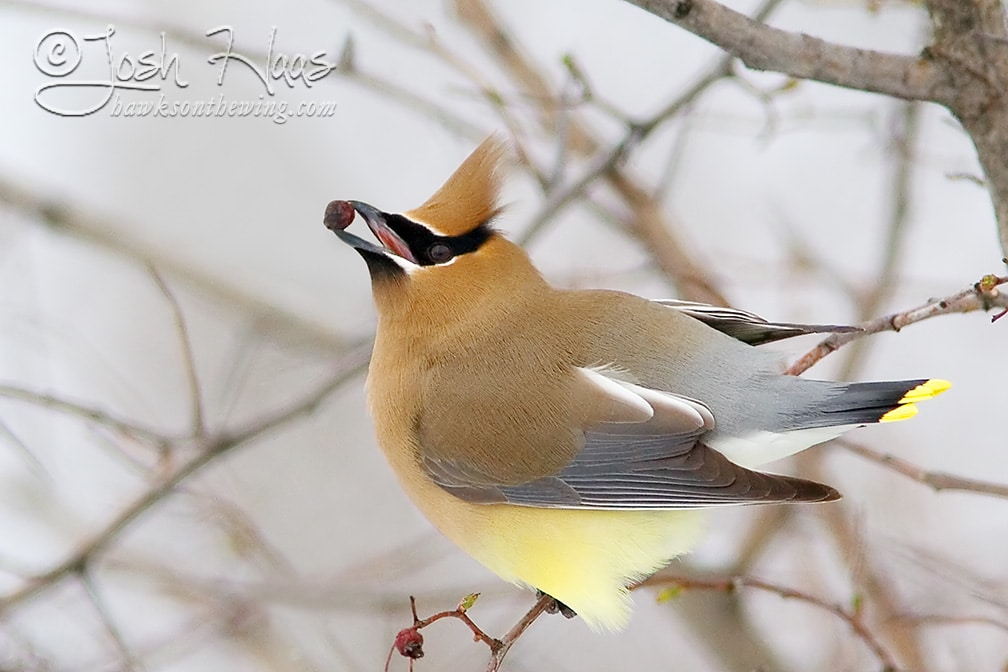 Nature seems to have done everything first (maybe with the exception of the amazing iPhone!)  Nature’s foliar flags are in many ways used for reasons that can relate to why humans use flags.  Whether it’s a Country’s flag or a non-official flag that calls attention to the masses for other reasons, it’s all about grabbing attention.  Nature is able to use something as simple as contrast to trigger species to come near and spread seeds so that plants can continue spreading and surviving.  Awesome!